More Canadian cities are transitioning their public transportation fleets away from diesel-powered buses and opting for transit vehicles fueled by natural gas, a trend that is gaining momentum across North America and worldwide. This is due in part to government regulations that mandate a reduction in nitrogen oxide and greenhouse gas emissions that harm air quality, as well as a heightened sense of awareness about the health threats caused by local and toxic diesel particulate emissions.

Cities of all sizes are seeking market-ready alternatives that can provide operational, environmental, public health, and mobility benefits at an economic price point that they can afford.

Renewable natural gas (RNG) is pipeline quality gas that is interchangeable with fossil natural gas. It is naturally generated by the decomposition of organic waste at landfills and agricultural waste sources. Capture and combustion of this RNG (aka biomethane), that might otherwise have migrated to atmosphere, can result in a negative carbon footprint. Redeem™ by Clean Energy is the first commercially available RNG vehicle fuel.

A fleet that consumes 1,000,000 gallons of gasoline per year can reduce its greenhouse gas emissions by approximately 9,700 metric tons by switching to Redeem, which is the equivalent of taking 1,940 passenger cars off the road.

A CNG bus costs approximately $50,000 more than a diesel bus and about $25,000 less than a diesel electric hybrid bus. This means over a 16-year period, which is the typical service life of a Canadian transit bus, a city with a fleet of 100 CNG buses can realize at least $25 million in fuel savings by switching from diesel to natural gas buses, and with lower maintenance costs as they don’t have to deal with problematic diesel particulate traps and associated DEF.

On average, natural gas engines are up to 10 decibels quieter than a comparable diesel engine. This reduction of noise helps to improve the quality of life for drivers, passengers and neighborhoods.

Natural gas buses are similar to diesel vehicles with regard to power, acceleration, and cruising speed. They are able to transport passengers on routes of all sizes, as opposed to battery buses, which have a limited distance range.

With all the benefits of CNG buses, it’s no wonder that more and more cities are replacing diesel buses at the end of their lifecycle with natural gas. Let’s examine how natural gas buses are being deployed across Canada.

BC Transit: Transit in Mid-Size Municipalities 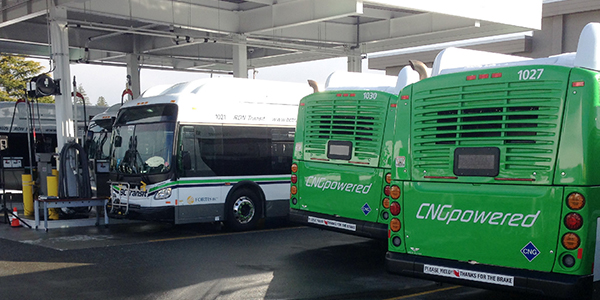 BC transit, a Clean Energy partner, serves urban communities outside of Metro Vancouver, operating in 130 communities and serving 51 million riders each year with a fleet of over 1,000 vehicles.  It currently operates just under 50 CNG buses in Nanaimo, a similar number in Kamloops and recently added 25 more in Whistler, BC. Going forward BC Transit has plans to introduce additional CNG buses in Abbotsford, BC in 2019. 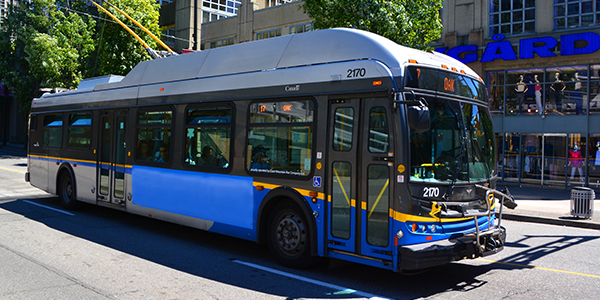 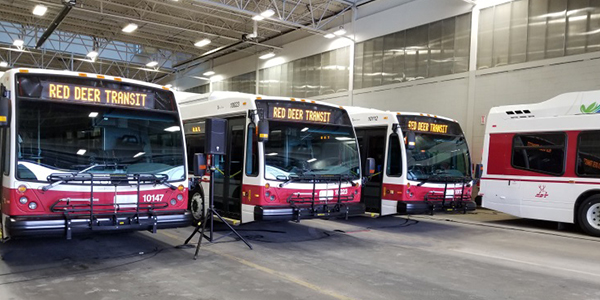 An example of a mid- to small-sized Canadian public transit system, the City of Red Deer owns and operates a fleet of 62 conventional buses and 24 smaller buses. After researching diesel, diesel electric hybrid, battery, and CNG buses the city elected to build a new CNG station, modify its existing garage to make it CNG compatible, and introduce 17 new CNG buses with more to be added over the coming years.

Medicine Hat: Transit and Refuse in a Mid-Sized City 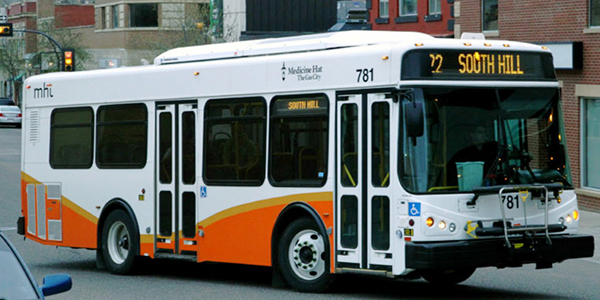 After a considerable amount of research, Medicine Hat, the eighth largest municipality in Alberta, elected to build a CNG fast-fill station that would service its fleet of transit, refuse, and conventional vehicles. Clean Energy was retained to design, build, commission, and maintain the station and converted one of the City’s two garages to make it CNG-compatible. 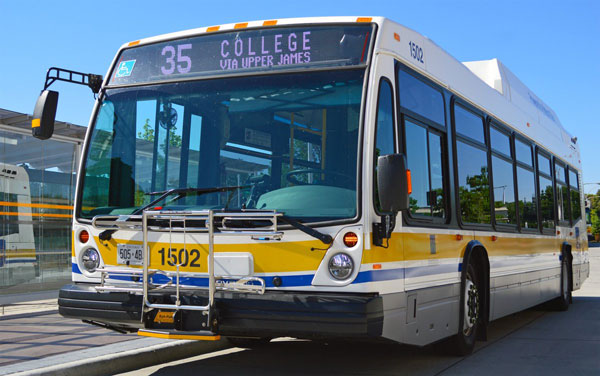 A long-time leader in deploying natural gas-powered buses, HSR’s legacy fleet included 94 CNG buses. After looking at diesel, diesel electric hybrid or battery buses, the city decided to stay with CNG buses and expand its CNG fleet.  For this project, Union Gas financed and built a new CNG station, and Clean Energy was selected to maintain its new station.