Renewable energy comes from sources that are not depleted when used, such as wind or sunlight. But did you know that there is a renewable fuel that can be used to fill up the tank and power a heavy-duty truck, concrete mixer or refuse collection vehicle?

Renewable natural gas, or RNG, has been making headlines lately – whether it be UPS purchasing large amounts to fuel its trucks, waste companies turning trash to gas, or New York MTA buses looking to lower emissions.

RNG is gaining wider adoption because it’s a low-carbon alternative to gasoline and diesel that provides numerous environmental and economic benefits. This multi-part series will provide information about RNG, its applications, and how this exciting renewable fuel stacks up to both traditional and emerging energy sources.

Where does natural gas come from?

Found in reservoirs deep below the earth’s surface and ocean floors, as well as in landfills and other waste sources, natural gas is formed by the decay of organic matter. Traditionally, we’ve relied on fossil fuels which are produced from organics buried and compressed for beneath the earth for hundreds of years. Today we have the technology to convert organic waste in a much shorter lifecycle into a renewable form of energy–renewable natural gas.

What is renewable natural gas (RNG)?

RNG is an ultra-clean and ultra low-carbon alternative natural gas fuel. As organic waste breaks down it emits methane gas, called biogas, that can be processed to meet natural gas pipeline quality specifications. Biogas is a mixture of carbon dioxide and hydrocarbons, primarily methane gas, from the biological decomposition of organic materials. Renewable natural gas meets the same pipeline specifications as fossil natural gas and can be used in any application where natural gas is used.

How is RNG used?

RNG can be used to power or fuel anything that runs on natural gas. As a transportation fuel it can serve as a replacement for gasoline or diesel, when paired with a natural gas engine.

How is RNG different from conventional natural gas?

Where does RNG come from?

There are abundant feedstocks that can be used to create RNG. Large amounts of biogas (the raw, untreated gas) can be collected at local landfills, wastewater treatment plants, commercial food waste facilities and agricultural digesters (dairies and other farming sources). Once this raw biogas is collected and upgraded (cleaned and conditioned) to meet natural gas pipeline quality specifications, it becomes renewable natural gas (biomethane or RNG).

How is it produced?

RNG is produced by first capturing and extracting methane from the organic waste source. The RNG clean-up technology is typically co-located with the feedstock. It is processed to a pure methane product that can meet the specifications of purity required for the pipeline, then added to the pipeline in the form of either compressed natural gas (CNG) or liquified natural gas (LNG).

How is RNG stored?

How can RNG be carbon negative?

This is possible when RNG is created from a source of methane that is currently being vented to the atmosphere, but instead is captured, processed, and then used to displace a high-carbon fuel, such as diesel. The RNG becomes carbon-negative because it is doing double-duty, producing significant GHG emissions reductions across the entire lifecycle of the fuel.

What are some common misconceptions about RNG?

The biggest question about RNG is whether it is comparable to the end user’s existing fuel. Fleets worry that their trucks may run differently when they switch to RNG, but this should not be a concern. When fueling a natural gas vehicle, RNG provides a high degree of reliability, and comparable power, torque and performance to traditional fuels. 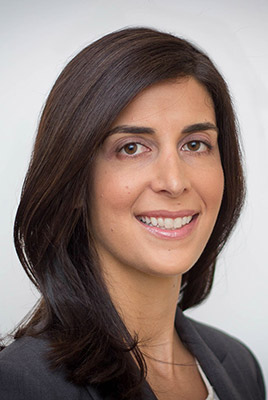 Sahar Kamali is the director of business development for Clean Energy Renewables, the division of Clean Energy focused exclusively on the marketing and distribution of RNG vehicle fuel. Her customers include some of the largest waste and recycling companies in the U.S. as well as many of the major CNG fleets among trucking, transit, municipal and airport entities. Ms. Kamali oversees new business development from market identification to execution as well as management of the current portfolio of RNG customers.