This is no ordinary refueling station. It’s a giant step forward for the City and the country in addressing climate change and getting rid of the public health hazards of diesel exhaust. This station delivers one thing and one thing only: the renewable form of natural gas made from waste. It will mean healthier air for families and workers in the South Bronx. It has taken the brunt of emissions of the thousands of diesel-powered commercial and City trucks crisscrossing this borough. The South Bronx has one of the highest rates of childhood asthma, almost twice the national average.

But trucks and buses filling up on RNG fuel will emit virtually none of nitrogen oxides and other health-threatening pollutants of diesel fuel. That’s why the new natural gas engines that can run on RNG are called “near zero” – they get those pollutants down to nearly nothing. They’re also much quieter than diesels. 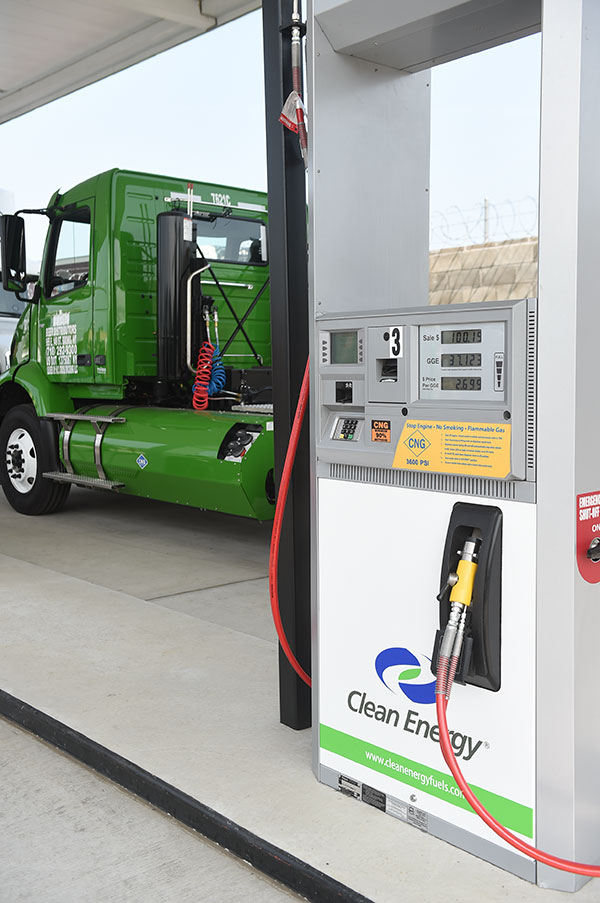 RNG is a game-changer for the climate. It’s the lowest-carbon fuel available. It’s produced not by fracking or drilling, but by capturing the methane biogases emitted as organic wastes break down. These gases are 86 times more potent as climate warmers than CO2 over 20 years. RNG production captures and uses them, so they aren’t released into the air. RNG displaces high- carbon diesel in bus and truck fleets. In many cases RNG is what’s called “net carbon-negative,” which means more greenhouse gases are trapped in making the fuel than are emitted by the trucks or buses burning it. That’s a big net gain for the climate and will catapult New York towards its emissions reductions goals.

RNG stations like this one will also help tackle our waste challenges by leveraging organic wastes as a valuable energy resource instead of discarding them, letting them rot and warm the climate.

The RNG fuel delivered here is piped in from distant landfills or food or farm digesters, which means New York will get the environmental and health benefits of that production. But more stations like this one could soon be using home-grown RNG made from the City’s own wastes, which would multiply the benefits and help meet the City’s Zero Waste goals. New Yorkers generate 1.2 million tons of food waste a year, which we now spend over $400 million a year to ship to landfills out of state. But this waste is a renewable energy goldmine. It can make enough RNG to power the City’s whole fleet of 5000 heavy-duty trucks. Add to that the RNG that could be generated from city’s 14 wastewater treatment plants (like the one just around the corner) and we could produce enough RNG locally to power every City-owned and private waste hauling truck on our roads, and then some.

This new station is the first, big step on that road, and will help us get to a clean energy future. It demonstrates the kind of smart solutions committed companies and entrepreneurs are developing in cooperation with government. It’s a model that can be replicated here and in other cities. Congratulations to Clean Energy Fuels and all who worked so hard to bring this project to fruition.

Energy Vision is a non-profit organization whose mission is to analyze and promote technologies and strategies that are viable today and advance the transition to a sustainable, low-carbon energy and transportation future. Visit https://energy-vision.org/