The Potential for Renewable Natural Gas in Truck Fleets

By Andrew Littlefair on September 8, 2020 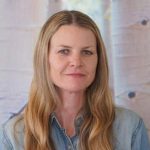 The end goal for much of transportation is to “electrify everything.” But the reality is that today, when the market for heavy-duty electric trucks is still nascent, there are other cost-effective and low-emission fuel options that fleets that run big vehicles — such as garbage trucks or semi-trucks — are currently embracing.

An important one is renewable natural gas (RNG), biogas that is collected from sites that have decomposing organic matter, such as landfills, farms and wastewater treatment plants. RNG is interesting because, depending on the source, the fuel can actually be emissions-negative, meaning the collective project and fuel remove more greenhouse gases than they produce.

Why? Take a dairy farm, where cow waste is a significant contributor to the release of methane, a potent greenhouse gas, into the atmosphere. If a farm collects that cow waste biogas and turns it into fuel for a fleet, it’s not only slashing the emissions from its farm, it’s also contributing to the displacement of diesel or natural gas use in a truck fleet.

The California Air Resources Board has calculated that the carbon intensity of renewable natural gas from a dairy farm has the lowest carbon intensity score out of any transportation fuel. The researchers at Gladstein, Neandross and Associates (GNA) found that renewable natural gas reduces overall greenhouse gas emissions by between 67 percent and 354 percent (over 100 percent goes negative).

You might be surprised to hear that there are over 50,000 heavy-duty trucks and buses driving on U.S. roads that were built to use natural gas as a fuel. The two-decade-old industry is already mature with dozens of natural gas truck and bus options across classes. These should all be switching over to renewable natural gas, now that RNG is beginning to grow considerably.

And yes, investment in biogas sites and RNG deals with city and corporate fleets are taking off. GNA estimates that organizations that operate natural gas fleets saw a 475 percent jump in RNG consumption between 2015 and 2018.

One of the reasons for the growth in adoption is policies such as California’s low-carbon fuel standard, which makes RNG cost-competitive. CARB found earlier this year that 80 percent of the natural gas acquired for transportation in California was renewable. This is a promising sign that with the right policies in place all natural gas trucks and buses can convert to RNG.

RNG isn’t a fuel that can or should be replacing the movement for transportation to go electric, but it’s a good option for cleaning up farm waste and offering fleets options to decarbonize big trucks today. The biggest hurdles for RNG is scale, as it takes considerable time and money for RNG fuel to be produced.

If you’re interested in learning more about RNG as a transportation fuel, tune into a webcast I’m running on Thursday, September, 10th, at 10am PST, in collaboration with RNG supplier Clean Energy Fuels. It’ll be a conversation with InBev Anheuser-Busch’s VP of Sustainability and Logistics, Angie Slaughter; the Director of State Regulatory Affairs for the Coalition for Renewable Natural Gas, Sam Wade; and Tom Harden, the Senior Manager for Fleet Assets for beverage distributor KeHE Distributors.

We’ll also be addressing the topic, and other ways to decarbonize transportation, at our upcoming VERGE 20 conference, the last week in October (Oct. 26-30, 2020).